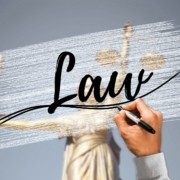 When legal conversation touches on the ‘categorical approach’, there is one federal criminal sentencing statute that has garnered more attention from the United States Supreme Court this term than any other.

In fact, the ACCA statute is ‘the gift that keeps on giving’ because it has consumed the intellectual resources of the Court in such cases as Quarles v. United States, Stokeling v. United States, and United States v. Stitt – all cases heard in the 2018-2019 Court term, and all cases involving interpretations of the ACCA.

Why has this statute gotten so much of the Supreme Court’s attention?

It has most likely gotten such attention because of the law’s serious consequences.  The ACCA is a type of “three strikes” law in which an individual must be sentenced to a mandatory 15 years in prison for crimes involving firearms if the individual was previously convicted, three or more times, of certain crimes.

The three prior offenses must be for “violent felony” offenses or “serious drug offenses.”  Virtually all of the cases that have recently come before the Court dealt with the question of whether certain offenses – particularly burglary – can be considered “violent felonies” to justify the ACCA’s enhanced punishment.

The most recent case the Court has agreed to hear, however, involves the “serious drug offense” portion of the law.  That case, just placed on the Court’s docket a little over a month ago, is Shular v. United States.

Because the import of Shular is significant, we will take this opportunity to give you a little background on the case, and explain the arguments on both sides.  Oral argument in Shular should occur sometime during the Court’s 2019-2020 term.

Florida law enforcement received a tip that Eddie Lee Shular was selling cocaine from his home.  With the help of a confidential informant, Florida investigators were able to execute a number of undercover purchases from Shular.

Police ultimately obtained a warrant to search Shular’s home and, in March 2017, authorities executed the search.  The search resulted in the discovery of a loaded revolver in Shular’s jacket pocket, which was hanging in the closet.  The search also yielded cocaine base, powder cocaine, cash, and some drug-measuring paraphernalia.

Over Shular’s objection regarding application of the ACCA, the district court sentenced him to the mandatory 15 years in prison.  The Eleventh Circuit affirmed the sentence in an unpublished opinion.

Shular then appealed his sentence, arguing that his prior Florida state convictions are not “serious drug offenses” for purposes of the ACCA.

Some Background on the “Categorical Approach”

The main question before the Court in Shular is:

As you can see, we need to know a little about the “categorical approach” to understand what the Court needs to decide in Shular.

The notion of the “categorical approach” in the context of the ACCA goes back to the year 1990.  During that year, the Supreme Court decided a case called Taylor v. United States.  In that case, the Court was called upon to decide whether a particular State burglary conviction would apply as the type of “violent felony” that would trigger the enhanced sentence of the ACCA.

Accordingly, if the burglary definitions (between the State’s and the “generic” definitions) were substantially similar, then the State burglary conviction was a “violent felony” under the ACCA.

That is what is meant by the “categorical approach.”

With that understanding of what the “categorical approach” means, it is now much easier to understand the arguments of the parties in Shular.

Defendant Shular recognizes that the Court has adopted the “categorical approach” to determine whether a prior conviction constitutes a “violent felony” under the ACCA.  Shular argues, then, that it must naturally follow that the Court should adopt the “categorical approach” to whether a prior conviction constitutes a “serious drug offense” under the ACCA as well.

Specifically, Shular notes that a “generic” form of a “serious drug offense” would include a mens rea element – in other words, most State statutes defining serious drug offenses includes the requirement that a defendant’s mental state is proven for conviction.

Shular goes on to argue that the Florida statutes making it a crime to sell cocaine, or possess with the intent to sell, (which are the crimes for which Shular was previously convicted) do not contain a mens rea, or mental state, element.  Accordingly, because the “generic” form of those serious drug offenses normally has a mens rea element, the Florida drug statutes are different enough to keep Shular’s previous convictions outside the realm of the ACCA.

Shular adds that the various Circuit Courts of Appeal throughout the country are split as to how to decide the question in this case.

The Government’s Argument in Response

To counter Shular’s argument, the Government turns to the language of the ACCA.  The ACCA defines a “serious drug offense” to include “an offense under State law, involving the manufacturing, distributing, or possessing with intent to manufacture or distribute, a controlled substance.”  Further, the Florida statute underlying Shular’s previous convictions provided that “it is unlawful for any person to sell, manufacture, or deliver, or possess with intent to sell, manufacture, or deliver, a controlled substance.”

The Government emphasizes the only requirement under the ACCA is that the previous convictions involve certain activities related to drugs.  Thus, there is no need, according to the Government, to compare a “generic” statute with the Florida law.  Rather, as long as a crime involves distributing or possessing with the intent to distribute drugs, then the ACCA applies.

The Government agrees with Shular that the Courts of Appeal are in conflict on the issue, and thus the Supreme Court needs to weigh in to settle the conflict.

While this case seems, on the surface to deal with a rather technical area of the law – with categorical approaches, and Circuit Court splits – the case has important implications.  Many defendants receive, or are vulnerable to, the enhanced penalty of the ACCA based the “serious drug offense” provision in the law.  Accordingly, the outcome of this case will have a significant impact on many defendants.  The Court will hear the case sometime next term, which begins in October 2019.

If your or your loved one are looking for a Federal Criminal Appeals attorney to review and/or handle your case please reach out to our office and schedule a complementary call to discuss how we might be able to help you.

Jeremy Gordon, Esq., is an expert legal practitioner specializing in all types of federal criminal defense and post-conviction relief cases. We have a rich history of success achieving favorable outcomes for our clients.  If you need top-notch legal representation, be sure to contact Jeremy for a free consultation at 844-ATTY-NOW or email us at [email protected]

Encouraging News on Clemency: What We Can Discover from the President’s July...
Scroll to top