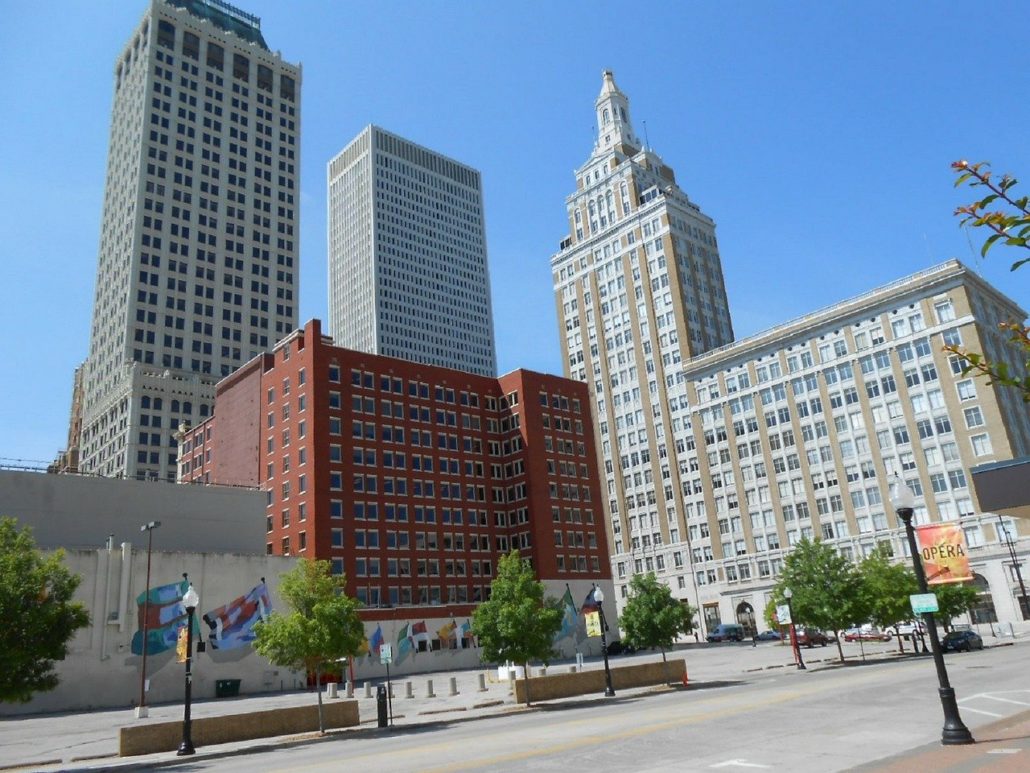 There were several questions about the fate of McGirt vs. Oklahoma, a case that has substantial implications on the State of Oklahoma. companion case, Sharp v. Murphy, was decided along with McGirt.

Here is some relevant backstory courtesy of SCOTUSblog:

The court held today that land in northeastern Oklahoma reserved for the Creek Nation since the 19th century remains a reservation for the purpose of a federal statute that gives the federal government exclusive jurisdiction to try certain major crimes committed by “[a]ny Indian” in “the Indian country.” The court’s holding means that state courts in Oklahoma had no jurisdiction to convict petitioner Jimcy McGirt, who is an enrolled member of the Seminole Nation of Oklahoma, of three serious sexual offenses that took place on the reservation.

Below is a portion of the majority opinion’s syllabus:

(a) Congress established a reservation for the Creek Nation. An 1833 Treaty fixed borders for a “permanent home to the whole Creek Nation of Indians,” 7 Stat. 418, and promised that the United States would “grant a patent, in fee simple, to the Creek nation of Indians for the [assigned] land” to continue “so long as they shall exist as a nation, and continue to occupy the country hereby assigned to them,” id., at 419. The patent formally issued in 1852. Though the early treaties did not refer to the Creek lands as a “reservation,” similar language in treaties from the same era has been held sufficient to create a reservation, see, e.g., Menominee Tribe v. United States, 391 U. S. 404, 405, and later Acts of Congress—referring to the “Creek reservation”—leave no room for doubt, see, e.g., 17 Stat. 626. In addition, an 1856 Treaty promised that “no portion” of Creek lands “would ever be embraced or included within, or annexed to, any Territory or State,” 11 Stat. 700, and that the Creeks would have the “unrestricted right of self-government,” with “full jurisdiction” over enrolled Tribe members and their property, id., at 704. Pp. 3–6.

(b) Congress has since broken more than a few promises to the Tribe. Nevertheless, the Creek Reservation persists today. Pp. 6–28.

(1) Once a federal reservation is established, only Congress can diminish or disestablish it. Doing so requires a clear expression of congressional intent. Pp. 6–8.

(2) Oklahoma claims that Congress ended the Creek Reservation during the so-called “allotment era”—a period when Congress sought to pressure many tribes to abandon their communal lifestyles and parcel their lands into smaller lots owned by individual tribal members. Missing from the allotment-era agreement with the Creek, see 31 Stat. 862–864, however, is any statute evincing anything like the “present and total surrender of all tribal interests” in the affected lands. And this Court has already rejected the argument that allotments automatically ended reservations. Pp. 8–13.

(3) Oklahoma points to other ways Congress intruded on the Creeks’ promised right to self-governance during the allotment era, including abolishing the Creeks’ tribal courts, 30 Stat. 504–505, and requiring Presidential approval for certain tribal ordinances, 31 Stat. 872. But these laws fall short of eliminating all tribal interest in the contested lands. Pp. 13–17.

(4) Oklahoma ultimately claims that historical practice and demographics are enough by themselves to prove disestablishment. This
Court has consulted contemporaneous usages, customs, and practices to the extent they shed light on the meaning of ambiguous statutory terms, but Oklahoma points to no ambiguous language in any of the relevant statutes that could plausibly be read as an act of cession. Such extratextual considerations are of “ ‘limited interpretive value,’ ” Nebraska v. Parker, 577 U. S. 481, _, and the “least compelling” form of evidence, South Dakota v. Yankton Sioux Tribe, 522 U. S. 329, 356. In the end, Oklahoma resorts to the State’s long historical practice of prosecuting Indians in state court for serious crimes on the contested lands, various statements made during the allotment era, and the speedy and persistent movement of white settlers into the area. But these supply little help with the law’s meaning and much potential for mischief. Pp. 17–28.

(d) Even assuming that the Creek land is a reservation, Oklahoma argues that the MCA has never applied in eastern Oklahoma. It claims that the Oklahoma Enabling Act, which transferred all nonfederal cases pending in the territorial courts to Oklahoma’s state courts, made the State’s courts the successors to the federal territorial courts’ sweeping authority to try Indians for crimes committed on reservations. That argument, however, rests on state prosecutorial practices that defy the MCA, rather than on the law’s plain terms. Pp. 32– 36.

(e) Finally, Oklahoma warns of the potential consequences that will follow a ruling against it, such as unsettling an untold number of convictions and frustrating the State’s ability to prosecute crimes in the future. This Court is aware of the potential for cost and conflict around jurisdictional boundaries. But Oklahoma and its tribes have proven time and again that they can work successfully together as partners, and Congress remains free to supplement its statutory directions about the lands in question at any time. Pp. 36–42.

It is unfortunate to say but I believe that this case will not have substantial implications for much other than Native Americans who are accused of committing a crime on a reservation.

PrevPreviousThe Federal Prison’s Visitation Policy is Neither Visitation nor a Policy
NextCompassionate Release While on Appeal: 18 USC 3582, FRCP Rule 37 and FRAP Rule 12.1Next