Kirschner pled guilty to one count of conspiracy to advertise child pornography. and one count of conspiracy to distribute child pornography. He was sentenced to 124 months in the BOP and a life term of supervised release. He had served 97 months of his sentence as of the granting of this order. He had a clear disciplinary record in the BOP and he had completed the electrical apprenticeship program and graduated from Jackson College with an Associates of Applied Science in Business Administration and Associates In General Studies. He planned to live with his sister at a place approved by the probation department.

Kirschner was housed at FCI Milan. The BOP’s website (as of July 15, 2020) indicated that 80 inmates there had recovered from COVID-19, three inmates had died from it and 13 inmates currently have it. Kirschner has COPD, hypertension, and obesity, each of those creating an increased risk of severe illness from COVID-19. ““The CDC does not differentiate between mild, moderate, or severe forms of these conditions, nor does it exclude from the at-risk group individuals whose conditions are managed with medication.” Kirschner filed a request for a reduction in sentence of FCI Milan which was denied. The request was made over 30 days from the date of the court order so the court determined that the matter was ripe.

The court noted that cold weather can exacerbate COPD, noting a study from the NIH and well as a Johns Hopkins study. Further, the court noted that “Mr. Kirschner’s COPD symptoms may become  more severe this fall and winter at FCI Milan due to Michigan’s cold winter climate.” While the government argued that Kirschner’s COPD was effectively managed by medication, the Court noted that the CDC Guidelines make no distinction between COPD that is managed by medication and COPD that is not managed. Further, the court noted that the CDC guidelines define obesity as BMI of 30 or higher. The court also noted that Kirschner was slated to be released in 7 months. The court looked at all of the things and the court determined that he had experienced extraordinary and compelling circumstances that warranted a reduction.

Was Kirschner a danger to the community?

Next the court evaluated whether the reduction was a danger to any other person or the community. The court noted that the government does not argue that Mr. Kirschner’s early release would present a danger to the safety of any person or the community and the court noted that Mr. Kirschner had a lack of disciplinary history in prison, had educational and rehabilitation efforts taken and had arrangements to live with family. In addition, Mr. Kirshcner was released on his own recognizance for more than 18 months while his criminal case was pending and again while pending designation by the BOP. As a result, the court found that his release would not present a danger to the public.

Did the 3553(a) sentencing factors support a release?

Finally, the court considered the 3553(a) factors. The court noted that the offense conduct was extremely serious and “the nature and circumstances of the crime were horrific.” But the court also noted that he would be under stringent terms of court supervision for the rest of his life. His sentence of 124 months was below the mandatory minimum and a result of his acceptance of responsibility, cooperation and a binding plea agreement. As a result, the court determined that the applicable 3553(a) factors supported release.

The court granted Kirschner’s motion for compassionate release and ordered his release by 5:00 PM the next day.  1:10-cr-00203-JPH-MJD

One of the biggest things to note here is that the court noted that cold weather could both exacerbate COPD. Cold weather could may also cause more colds, sniffles and as such, respiratory droplets. This may be something that is appropriate in your motions as we head into autumn and winter.

Some of your factors may lean against receiving a reduction, especially the offense conduct depending on the case. It is important to bring the other factors to the court’s attention. Remember, you are asking the court to reduce your sentence all the way down to zero days in prison remaining. It is a lot different from Amendment 782 back in the day where you may have asked the court to reduce your sentence several years. 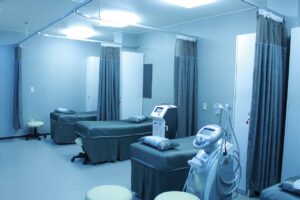 In the Sawyer case, the court granted a compassionate release to a vaccinated individual. 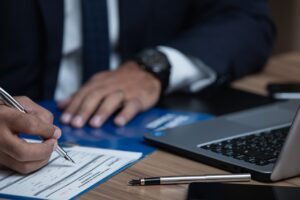 The McCall case further complicated the Compassionate Release Landscape in the Sixth Circuit. 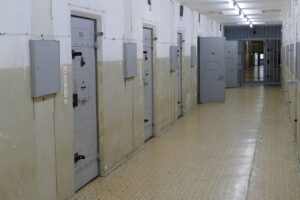 A compassionate release claimant could either engage in the administrative remedy process or wait 30 days after reaching out to the BOP. 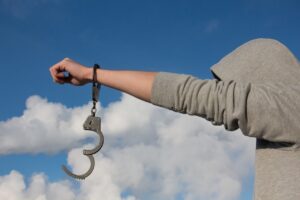 The United States Sentencing Commission published new statistics on compassionate release. From that data we can see several key ideas.