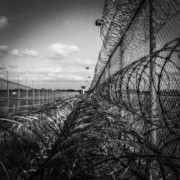 Clemency and the Current Administration

The current President has made some waves during the first three years of his presidency with regard to his use of the clemency power.  The August 2017 pardon of former Maricopa County Sheriff Joe Arpaio, who was convicted of contempt of court for the use of discriminatory immigration-enforcement tactics, was accomplished without keeping the Department of Justice fully in the loop on the decision.  Moreover, the Presidential Pardon in May of this year of an Army Ranger convicted of murdering an Iraqi prisoner sparked considerable controversy.

That being said, this past July, there have been seven pardons, clemencies and commutations handed down that may mark a slightly different tone in the way presidential clemency is being handled under the current administration.  This article will discuss the basics of a president’s clemency power, and then detail the facts behind some of the recent Presidential Pardons, clemencies and commutations.

Clemency, stripped to its essence, is the act of forgiving the crimes of citizens.  It may take the form of a presidential or gubernatorial pardon, but it also can be in the form of a commutation of a criminal sentence already being served, a reprieve (or delay) in punishment, or a remittance (or elimination) of a fine or order of restitution.

The notion of clemency has deep roots.  It can be traced back to the time of Babylon’s Code of Hammurabi, and ancient Athens, when pardons would be granted after the person seeking a pardon obtained a certain number of signatures.  In medieval England, kings would give pardons in exchange for money so that the king could raise an army.

Indeed, the ability to grant clemency and Presidential Pardons lasted throughout the centuries largely because, as Alexander Hamilton wrote, “without an easy access to exceptions in favor of unfortunate guilt, justice would wear a countenance too sanguinary and cruel.”

Where Does the Presidential Clemency Power Come From?

The U.S. Constitution, at Article II, Section 2, gives the president the power to “grant Reprieves and Pardons for Offenses against the United States.”  In other words, a president has the power to give clemency in federal criminal cases.

There are no express guidelines in the Constitution as to when clemency would be appropriate.  The decision by a president to use the clemency power must be made by that president in his or her own time.  That being said, presidents have historically used the power of clemency to restore innocence when there has been a miscarriage of justice. This clemency power has also been used to check other branches of government, maintain public order, or to secure a legacy.

In fact, the first major presidential pardon was to maintain public order, when George Washington pardoned those who participated in the Whiskey Rebellion.  Similarly, Abraham Lincoln pardoned soldiers who ran away during the Civil War.

The July 2019 Exercises of Clemency

The current administration granted clemency to seven men in late July of this year (one person recieved a posthumous pardon in October).  The clemencies were as follows:

Mr. Suhl received clemency following an effort on the part of former Arkansas governor Mike Huckabee and a former federal prosecutor.  Mr. Nahmani’s sentence reduction was supported by notable leaders from across the political spectrum.   Those two individuals, in particular, were strong candidates for clemency because they had such compelling circumstances.

Mr. Nahmani is a non-violent, first-time offender with no criminal history.  He has five young children at home, and his wife suffers from terminal cancer.  Mr. Suhl proved himself a model prisoner, and he had been the pillar of his community and a contributor to several charities before his prosecution.

In sum, considerations such as life circumstances, conduct before and after prosecution, and a general call for mercy seems to have characterized this latest round of clemencies.

What Does that Mean for the Current Administration’s Use of Clemency?

Thus, rather than using the power to send a particular political message, the most recent clemencies have an appropriately routine feel to them.

That is indeed encouraging news for those who are currently seeking, or are thinking about seeking, clemency moving forward.  If you believe that you have a viable clemency case, you would be wise to consult with an attorney who is experienced in clemency petitions to help you. We are ready to help!

The Law Office of Jeremy Gordon has been practicing federal criminal appeals and post-conviction law since 2012. We have had favorable outcomes in more than 70 cases in the past four years, including clemency. Our entire staff is committed to providing excellent service to our clients and their families. We encourage you to contact our office today to visit with us on how we might be able to help you or your loved one get the representation they deserve.  You may read more about clemency here.

What is the Right Standard for Sentencing Enhancements? Rigdill vs. United...
Scroll to top