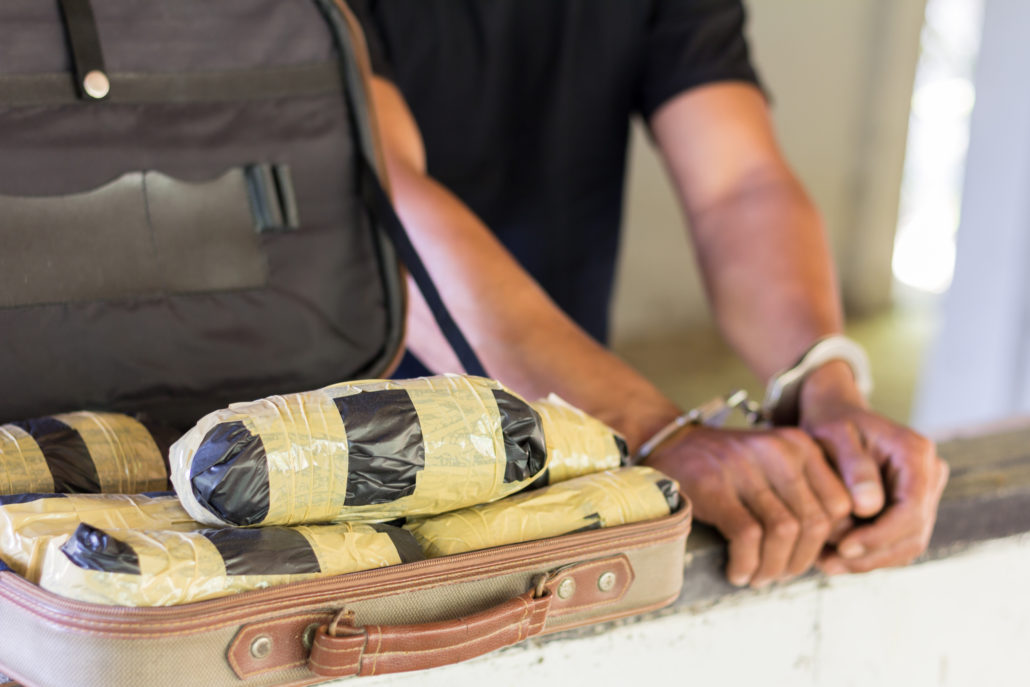 Federal Drug Trafficking is one of the most commonly litigated crimes in the United States. Federal Drug Cases are among the most investigated, the most charged and the most convicted cases that there are. The Federal Bureau of Prisons Statistics Page indicates that more people are in Federal Prison for drugs than any other type of federal crime. In addition, an accused person might find themselves charged in a state court with a state crime only to have federal prosecutors come in and charge the person federally. If you or someone you know is charged with a federal drug crime, it is vitally important that you reach out to the law office of Jeremy Gordon today. The criminal defense attorneys at the Law office of Jeremy Gordon have years of experience in fighting federal drug crimes. We represent people, not cases and our goal is to fight for your freedom at every part of the case whether that is when you are a suspect, whether you are charged and pending trial or sentencing or you are seeking post conviction relief in the form of an appeal or a motion to vacate.

While there is no federal statute that explicitly references Drug Trafficking, portions of Title 21, United States Code 841 criminalize several things that when taken together can constitute federal Drug Trafficking:

Federal Law makes it a crime to “Distribute” a controlled Substance. The law provides that “distribution” means “to deliver (other than by administering or dispensing) a controlled substance or a listed chemical.” The broad language of the statute means that both large and small amounts of drugs that are distributed can be included here, especially when combined with drug conspiracy laws.

Federal Law prohibits the “manufacturing” of a Controlled Substance. “Manufacturing” means “the production, preparation, propagation, compounding, or processing of a drug or other substance, either directly or indirectly or by extraction from substances of natural origin, or independently by means of chemical synthesis or by a combination of extraction and chemical synthesis, and includes any packaging or repackaging of such substance or labeling or relabeling of its container.”

Federal Law prohibits the “distribution” of illegal drugs. “Distribution” means “to deliver (other than by administering or dispensing) a controlled substance or a listed chemical.”

Federal Law prohibits the dispensing of illegal drugs. To “dispense” means “deliver a controlled substance to an ultimate user or research subject by, or pursuant to the lawful order of, a practitioner, including the prescribing and administering of a controlled substance and the packaging, labeling or compounding necessary to prepare the substance for such delivery.”

Federal Drug Possession with Intent to Deliver a Controlled Substance

Drug possession can be a federal drug charge if the government can prove that the accused intended to manufacture, distribute, or dispense, a controlled substance.

What is A Controlled Substance?

Most drugs are listed and categorized into several schedules under the Federal Controlled Substances Act based on their abuse potential, accepted medical applications in the United States and the safety and potential for addiction.

Drugs that are in Schedule I have a high potential for abuse, no current medical use in treatment in the United States and the a lack of accepted safety for the use of the drug, substance or chemical under medical supervision.  Drugs like LSD, Marijuana and Heroin are in Schedule I.

Drugs that are in Schedule II have a high potential for abuse, currently have an accepted medical use in treatment in the U.S.  or a currently accepted medical use with severe restrictions, and Abuse of the drug may lead to severe psychological or physical dependence.  Oxycodone, fentanyl, methadone, cocaine, codeine , hydrocodone and methamphetamine are all in Schedule II/IIN.

Drugs listed in schedule III/IIIN have a potential for abuse less than the drugs in schedules I and II, but more than Schedule IV drugs, a currently accepted medical use in treatment in the U.S., and abuse of the drug, substance, or chemical may lead to a moderate to low potential for physical dependence but high psychological dependence.  Examples of Schedule III/IIIN drugs are Tylenol with Codeine and Suboxone.

Drugs in Schedule IV have “a low potential for abuse and low risk of dependence compared to Schedule III and the drug has a currently accepted medical use in treatment in the U.S.”  Examples of Schedule IV drugs include Xanax, Soma, Klonopin, Valium and Ambien.

Schedule V Drugs ave a low potential for abuse relative to the drugs in schedule IV,” as well as “currently accepted medical use in treatment in the U.S.”  Schedule V drugs “primarily consist of preparations containing limited quantities of certain narcotics. Schedule V drugs are generally used for antidiarrheal, antitussive, and analgesic purposes.”

Without the application of any statutory mandatory minimums or increased guideline ranges due to special conditions the normal range of punishment for many drug crimes can be between 5 and 40 years.

Mandatory minimums can be implicated for things like prior drug or violent crime offenses or situations where the government pleads and proves, either by a trial or plea, of certain amounts of drugs.

Moreover, the federal sentencing guidelines may also substantially impact sentencing in a federal drug charge based on factors such as the about of drugs involved, where the drugs were kept and the presence of weapons near the drugs.  All of these things are significant and should be taken into account as soon as possible.  This is all the more reason why you need an attorney that defends against federal drug charges.

Federal drug charges sometimes result from a simple traffic stop by police. After performing a search of the vehicle, the police officer may find a large amount of money or illegal drugs concealed in the car. In federal drug possession cases, one possible defense is that the defendant lacked personal knowledge of the presence of the drugs.

Many federal drug charges involve the sale of illegal drugs to a government informant or an undercover police officer. Entrapment may be an available defense in such cases. This defense is available when a government agent induces someone to commit a crime that there were not predisposed to doing.

Possession with Intent to Distribute/Personal Use

Federal drug charges involving possession with the intent to distribute can sometimes be defended on the ground that amount of drugs involved were for personal use. This defense is based on the elements of 21 U.S.C. § 841(a)(1), which require that the quantity of drugs be sufficient to constitute a distributable amount, and that the person “intend” to distribute the drugs.

Lack of Knowledge of Conspiracy

The federal government frequently relies on the concept of “conspiracy” to bring federal drug charges against individuals. To convict someone of conspiracy, the government does not need any physical evidence, such as seized drugs or large amounts of money. This is because the crime of conspiracy is based on the “agreement” of two or more persons, whether known or known to the defendant, to perform the object of the conspiracy. The object of the conspiracy can vary, but usually takes the form of possession with the intent to distribute drugs, distribution alone, or importation of illegal drugs. Federal drug conspiracy cases are hard to defend, and as such require an experienced attorney that knows how to attack the credibility of the government’s witnesses and to fight vigorously for your innocence.

If there was an illegal search warrant in the case, there may be a defense based on inadequacy of the police affidavit used to obtain the warrant. Untimely execution of the search warrant may also be used as a defense. In some federal drug cases, police may attempt to use a warrant where the information creating probable cause is “stale” because it involves events that occurred weeks or even months prior to the search for illegal drugs. A federal criminal defense attorney may also be able to challenge whether a search warrant was supported by probable cause if it contains insufficient information as to the exact place to be searched and the exact type of drugs that were expected to be found.

At the Law Office of Jeremy Gordon, we fight aggressively for our clients. We are experienced with federal drug charges, and know what it takes to present a successful defense in a federal criminal case. Safeguarding our clients’ rights, and properly managing their defense, are two of the most important parts of our job. If you are charged with a federal drug case, contact us today to schedule a free phone consultation.

The FIRST STEP Implementation Act retroactively applies the 924(c) and 851 relief and also makes changes to the Safety Valve.

The Office of the Inspector General Indicates that people are Escaping from the BOP and are coming back with Drugs and Booze.

The Supreme Court Determined in Terry that “a crack offender is eligible for a sentence reduction under the First Step Act only if convicted of a crack offense that triggered a mandatory minimum sentence.”