On September 22, 2020, the “Effective Assistance of Counsel in the Digital Era Act” was passed by the house and referred to the senate.  The bill addresses digital privacy rights for inmates and discusses the following:

This may look like creation of an email system in addition to corrlinks.  This system would be for attorney-client privileged information through messaging.  The system could allow for retention of contents of electronic communications until the person is released from prison.

The US Attorney General would review the documents for privileged information.  A police officer would be required to get a warrant.

A person who believes that documents were obtained in violation of this code would be able to file a motion to suppress.  This would become a part of the legal defense of incarcerated clients.

As a reminder, clients who are serving a sentence in federal prison may file for ineffective assistance of counsel.

The concern for this bill has come forward after accusations that the Bureau of Prisons reads mail between incarcerated persons and their lawyers.

“The National Association of Criminal Defense Lawyers says there’s nothing voluntary about it. Unless incarcerated people agree to monitoring, they’re locked out of email communications. The group and a prominent civil liberties clinic at the University of California, Berkeley are now sounding the alarm. They say their concerns have been compounded during a pandemic that has made in-person visits particularly risky.

‘BOP reading inmates’ email was concerning even before the pandemic, but now email is one of the few ways attorneys can reliably communicate with their clients when they’re in custody,’ said Catherine Crump, director of the Samuelson Law, Technology & Public Policy Clinic at Berkeley Law.”

Source: National Public Radio, When It Comes To Email, Some Prisoners Say Attorney-Client Privilege Has Been Erased

The NPR story indicates that the House of Representatives approved this in February of 2021.  As of the date of this post, I do not see evidence of this bill on congress.gov or govtrack.us.  We will update this information as information is available.

In the meantime, it is important to remember that you may have already waived the right to privacy of written information over TRULINCS/CORRLINKS system.  This pertains to the communication between incarcerated client and your lawyer.

The same may be true regarding phone calls over the regular inmate phone lines. 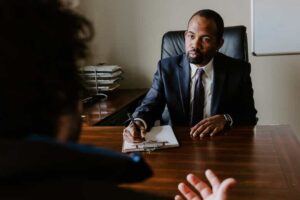 Reach out to The Law Office of Jeremy Gordon for prompt, courteous and skilled representation as your federal criminal defense attorney!

The FIRST STEP Implementation Act retroactively applies the 924(c) and 851 relief and also makes changes to the Safety Valve.

The Office of the Inspector General Indicates that people are Escaping from the BOP and are coming back with Drugs and Booze.

The Supreme Court Determined in Terry that “a crack offender is eligible for a sentence reduction under the First Step Act only if convicted of a crack offense that triggered a mandatory minimum sentence.”