The Federal Defenders website has several examples of cases where an inmate was able to show what was necessary to receive a reduction in sentence under 18 USC 3582(c)(1)(A). 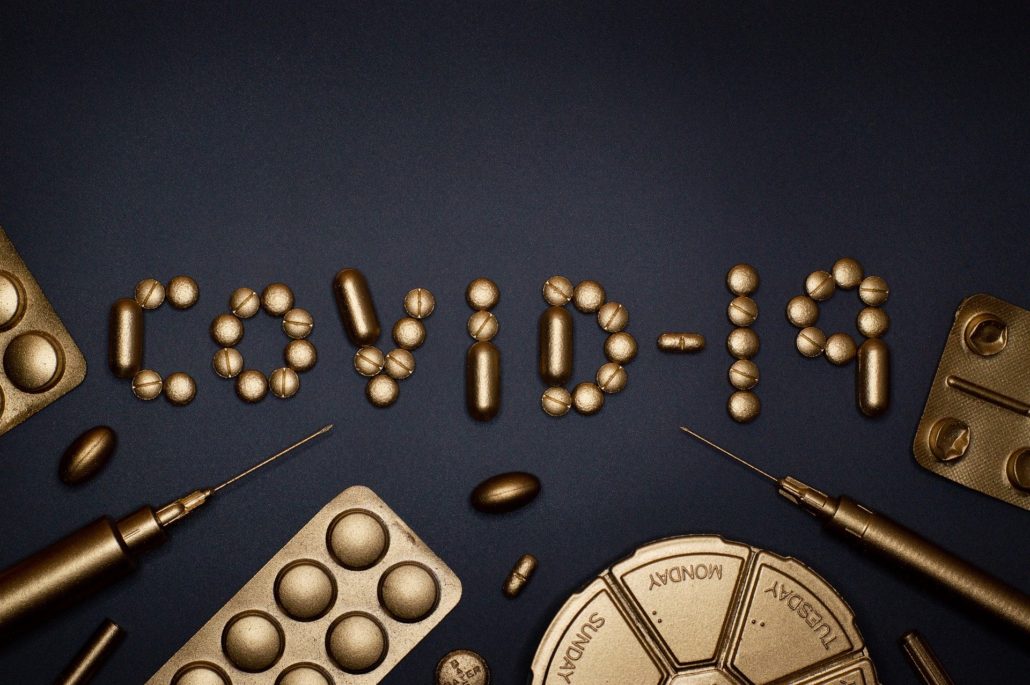 On April 5, 2020 the Bureau of Prisons posted an Update on COVID-19 and Home Confinement.  I am sharing a portion of that update with you:

“(BOP) – In response to COVID-19, the Bureau of Prisons (BOP) has instituted a comprehensive management approach that includes screening, testing, appropriate treatment, prevention, education, and infection control measures.
The BOP has increased Home Confinement by over 40% since March and is continuing to aggressively screen all potential inmates for Home Confinement. On April 3, the Attorney General exercised emergency authority under the CARES Act, to further increase Home Confinement.
Given the surge in positive cases at select sites and in response to the Attorney General’s directives, the BOP has begun immediately reviewing all inmates who have COVID-19 risk factors, as described by the CDC, starting with the inmates incarcerated at FCI Oakdale, FCI Danbury, FCI Elkton and similarly-situated facilities to determine which inmates are suitable for home confinement.
Inmates do not need to apply to be considered for home confinement. Case management staff are urgently reviewing all inmates to determine which ones meet the criteria established by the Attorney General. The Department has also increased resources to review and make appropriate determinations as soon as possible.
While all inmates are being reviewed for suitability, any inmate who believes they are eligible may request to be referred to Home Confinement and provide a release plan to their Case Manager. The BOP may contact family members to gather needed information when making decisions concerning Home Confinement placement.”

SEVERAL REDUCTIONS IN SENTENCE DUE TO COVID-19

All, the Federal Defenders website has several examples of cases where an inmate was able to show what was necessary to receive a reduction in sentence under 18 USC 3582(c)(1)(A).  The Federal Defenders have listed 6 cases.  I am sending you three of the cases now and will send you the other three cases next week.

Brannan was found guilty on one count of bank fraud in April 30, 2018.  He was sentenced to 36 months in prison and lost his bar license (he was previously a lawyer).  He was serving his sentence at the Oakdale II camp.  Brannan asked his case manager for home confinement pursuant to the March 26th Barr Memo.  Brannan’s lawyer asked BOP counsel how he could apply to serve the remainder of his sentence in home confinement.  The last correspondence between Brannan’s counsel and BOP Counsel was March 30.  An emergency motion was filed on April 2, 2020.  Brannan’s motion included that he had “impeccable conduct in prison” and included specific information about Brannan’s reentry plan (“His step-daughter, […], can pick him up from the Oakdale facility within four hours of this Court granting the motion and ordering his release from prison. She will drive him to his residence in […] County, Texas, where he will reside with his wife during any period of supervised release. He will self-quarantine at home as long as necessary to ensure his health and safety and that of others.”

This order was granted on April 2, 2020 by the court.  PACER shows an amended judgment that sentences Brannan to time served and a term of supervised release.  PACER also shows that Brannan was ordered restricted to his residence for 12 months.  NOTE:  PACER does not show a government’s response but does show a statement of reasons that is restricted from viewing.  The Federal Defenders website indicates that Brannan had only served 9 months of a 36 month sentence.

Resnick was found guilty of Conspiracy to Commit Mail Fraud and Wire Fraud.  Resnick was sentenced to 72 months along with three-year terms of supervised release.  Resnick filed an emergency motion for Compassionate Release under 18 USC 3582(c)(1)(A)(i), citing diabetes and related end-stage liver disease in combination with the Present COVID-19 epidemic.

The court found that Resnick submitted a request for compassionate release on or about February 26, 2020.  It was stamped received by the warden’s office on March 16, 2020.  Resnick used a compassionate release form given to him by the prison.  “The form permits an inmate to check only one box on the form, and Resnick checked the box most promising/applicable to his situation (release of those over 60 who have served 2/3 of their sentence).  Resnick’s counsel advises in her reply memorandum, filed today, that ‘Mr. Resnick was advised by a social worker at the prison this morning that his ‘Inmate Request for Compassionate Release Consideration,’ handed in person to his counselor on February 26, 2020, has been denied, because he does not meet the requirement of the box he checked on the form (for release based on age and service of sentence).”

The court determined that Resnick’s statement that he handed his form to his counselor is not disputed.  The court determined that the operative time trigger was when he handed the form to his counselor.  The court likened it to the “prison mailbox rule” which provides that an inmate’s papers are deemed filed they that they are signed and given to prison officials for mailing.  See Houston vs. Lack, 487 U.S. 266, 276, 282 (1998)(defining the prison mailbox rule); see also Hardy v. Conway, 162 Fed. App. 61 (2d Cir. 2006)(“in the absence of contrary evidence, district courts in this circuit have tended to assume that prisoners’ papers were given to prison officials on the date of their signing.”

The court went on to show that Mr. Resnick is 65 years old and is diabetes and end-stage liver disease.  The court noted that “The BOP has acknowledged as much as this by placing him on the list of high-risk inmates and moving him from a communal environment to a cell.”  The court also indicated that Resnick’s proffered release plan assuaged any reservations about Resnick being a possible spreader of COVID-19 as his wife has indicated that she will pick him up and take him to her two-bedroom, two bathroom apartment.  The probation department has inspected and approved the home via a video interview and a virtual tour.

The court granted compassionate release, ordering Resnick’s release and a subsequent 14-day self-quarantine.  PACER shows that the motion for release from custody was filed on 3/29/2020 and granted by the court on 4/2/2020.

Colvin pled guilty and was found guilty of mail fraud.  She was sentenced to a term of 30 days followed by two years of supervised release.  She had eleven days left on her sentence at the time of the court’s order granting compassionate release.  Colvin suffered from Type 2 diabetes and high blood pressure.  She also saw medical professionals at a hospital that saw her through a difficult pregnancy and have performed surgery on her back and “know her and can properly care for her.”

The government argued that the court must not consider the request because Colvin had not satisfied the exhaustion element.  The court noted that:

The court went on to say that all three exceptions apply to Colvin’s request:

“The Court concludes that all three exceptions to the exhaustion requirement apply to Defendant’s request. First, if Defendant contracts COVID-19 before her appeals are exhausted, that undue delay might cause her to endure precisely the “catastrophic health consequences” she now seeks to avoid. See CDC Guidance. Second, given the brief duration of Defendant’s remaining term of imprisonment, the exhaustion requirement likely renders BOP incapable of granting adequate relief, as her sentence will likely already have expired by the time her appeals are exhausted and would certainly already have expired by the time the thirty-day waiting period ends. Third, Defendant would be subjected to undue prejudice—the heightened risk of severe illness—while attempting to exhaust her appeals.”

The court then considered the “extraordinary and compelling circumstances” factor.  Colvin argued that release was warranted to avoid confinement in FDC Philadelphia and that social distancing is difficult there.  The government argued to the contrary, stating in a teleconference that Colvin’s diabetes appears to be under control.  The court sided with Colvin stating that “The CDC Guidance confirms Defendant’s position, stating plainly that “[p]ersons with diabetes” face a “higher risk for severe illness” if they contract COVID-19. Moreover, the Bureau of Prisons itself has acknowledged that home confinement may be appropriate for certain “at-risk inmates” in order “to protect the health and safety of . . . people in our custody.” (Ex. 1 (BOP Memo) to Emerg. Mot. [Doc. # 30-1] at 1.) Like Defendant, the BOP intends to rely upon “CDC guidance” to “make an assessment of the inmate’s risk factors for severe COVID-19 illness.” (Id. at 2.)” The court amended Colvin’s sentence to time served.

A review of PACER indicates that the emergency motion was filed on March 31, 2020.  The court had a hearing on April 2nd, 2020 and granted the release on the same day.

I hope that the things that I have drawn attention to in these three reviews help you in your compassionate release requests.  As always I am available to answer questions or be retained on these matters.  Please message me at [email protected] for more info.